AnimationCity Wiki: The encyclopedia for AnimationCity info that anyone can edit!
We are currently editing over 1,902 articles, and you can help
About | Staff | Policy | YouTube 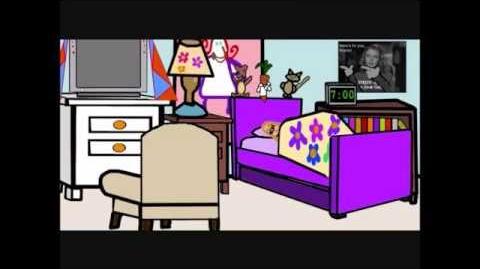 AnimationCity Wiki, or AC Wiki for short, is the one and only official wiki for AnimationCity in existance. Whether you're a browser or an editor, feel free to explore!
If you're new here, we encourage you to make a free account. If you already have a username, go ahead and make an article with the box below, or edit an already-existing one. Above all else, have fun!

Be sure to check out our official YouTube channel, where all of AnimationCity's shows air and all kinds of other videos are posted. Be sure to subscribe to us and like our videos!

CC-9699 was first commissioned during the First Battle of Geonosis, when he and his squadmates were entrusted with capturing the Glantorin Spire, which had become a Separatist hotspot. They were succesful in infiltrating through the spire's airducts, and they utilized probe droids to make up for where they lacked in men. They were able to complete the mission without any loss of life, and, after completely seizing the spire, called in reinforcements. Flash Squad then went onto the battle field to join the rest of the troops. CC-0888 was called away when Commander Jock got shot in the chest.

This month's featured image is the AnimationCity logo - the orb! The logo features a series of slanted, stylized skyscrapers of a city with the sun decending beyond the horizon. The tagline is "unleash the possibilities", a referrence to the randomness that is known to occur in AnimationCity shows and movies, such as Ol' Bum-Bum and Fledge Flodge.

The logo is also the profile image of mandalorian1428, the creator of AnimationCity and user Kopakamata97 on wikia.

Sally Firmbottom
Sally Firmbottom was born in Pussleville, California on June 1st, 2000. There, she resided with her parents in the Pussleville Apartments for two years before she had any friends. In 2002, Haliegh Kelly Myorgan moved in C39, the apartment across from the Firmbottom's.

Being the daughter of two wealthy parents who ran a bank, she and her family were able to help Haliegh out financialy, although the girl declined most of the monetary handouts. When Haliegh told her story to the Firmbottoms, they accepted her as a family friend, and enrolled her into Sally's daycare, Cutie Kisses Day Care.

The daycare was led by Ms. Abigail Nippu. There, Haliegh and Sally bonded, strengthening their already strong friendship. As time went on, the girls went to Seashell Elementary, where Ms. Nippu had been transferred.

Check out these great sub-wikis, based about content here on AnimationCity:

"There's a slim chance we make it outta here with our skins."
―Jock[src]

'The Misadventures of the Walking Dead' Season One Episode Titles Announced

The remaining eight titles for episodes in Misadventures: The First Season have been revealed! They…

"The Infection" to Receive a Canonical Re-Write